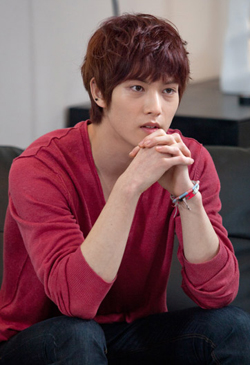 The SBS drama “A Gentleman’s Dignity,” which has garnered high viewer ratings, focuses on the romantic entanglements of a group of middle-aged men, but it is a handsome younger man that is grabbing viewers’ attention. He is Lee Jong-hyun, member of the idol group CN BLUE, who plays the role of a young boy who makes his way to Korea from Japan in search of his real father.

Lee flashes his charm on his acting debut and was brought in to appeal to a younger audience demographic among a cast of veteran actors — Jang Dong-gun, Kim Soo-ro, Kim Min-jong and Lee Jong-hyuk.

“I rarely cry, even when watching tear-jerkers or moving dramas, but now I often find my eyes filled with tears as I get more involved in the role,” said Lee. “I discovered another side of myself through acting.”

Lee said it was hard to play the role because the character is a man of few words. “I initially thought it would be easier as there weren’t many lines, but it was more of a challenge because I had to express a wide range of emotions through gestures and expressions,” he said.

“I read the script whenever I had time, but when the cameras started rolling, I tried to forget what I had rehearsed so I could act more naturally, thinking that if I were him, what I would do in this or that situation,” he said.

Dialect was another concern as Lee was born in Busan, a region known for its thick brogue. He said he refrained from talking with people who speak the same dialect and even reduced the amount of time spent speaking to his family by phone.

A perfectionist, Lee said his weaknesses as an actor continue to haunt him, and pointed to the parts of the script where he has to speak Japanese as something that tripped him up.

“I lived in Japan for four years, so I have no problem speaking in Japanese for everyday conversation, but my lines sounded awkward at first on-screen,” he said. “I realized speaking a language, and acting using it, are two completely different things.”

He said he was hesitant to try his hand at acting initially out of fear that he would not be able to rise to the challenge, but that now his confidence has been buoyed.

“Now I’ve started acting, I will keep trying to improve my skills to meet the expectations of my fans,” he said, adding that he wants to move into action movies.

“I feel confident that I can perform action scenes myself, without a stuntman, as I used to practice judo. I’m sure I can do it really well.”

CN Blue’s Lee Jong Hyun has recently come to hold a new name – Collin. Why? The reason stems from the popularity of A Gentleman’s Dignity and by extension, Lee Jong Hyun, who plays the son of Jang Dong Gun.

Reminiscing on the past, enews met and asked Lee Jong Hyun on what it was like to work with Jang Dong Gun, Kim Soo Ro, Kim Min Jong and Lee Jong Hyuk.

”Jang Dong Gun? He’s a person without a sense of reality.”

Asked about Jang Dong Gun, Lee Jong Hyun immediately replied, “I always wondered if there people in real life who are just like their drama character but Jang Dong Gun senior is even cooler than his character. One can’t even believe it when watching him.”

He added, “He’s so much a gentleman to the point one wonders if a person like him can truly be. He’s a person without a sense of reality.”

Even before the start of A Gentleman’s Dignity Kim Soo Ro was known for making the set crew laugh.

Lee Jong Hyun also said, “Kim Soo Ro senior is always the film set’s flower. No matter how tired he is, he always make efforts to create a positive environment on the set and is a happy virus who never loses his laughter.”

”Could there be a person in the world who doesn’t like Kim Min Jong?

It’s that much that Lee Jong Hyun found Kim Min Jong beyond his expectations.

“I don’t know if you’ll believe me if I say this but Kim Min Jong is truly a gentlemen among gentlemen,” Lee Jong Hyun said. “From the youngest to the eldest, he always looks after everyone and attends to them. I had the thought ‘Could there be a person in the world who doesn’t like Kim Min Jong?”

Lee Jong Hyuk is not scary. He’s a warm guy!”

To be frank, Lee Jong Hyun was a bit afraid to meet Lee Jong Hyuk. The reason was because his character’s image in the movie Spirit of Jeet Keun Do was so strong in Lee Jong Hyun’s mind. However, he found Lee Jong Hyuk to be truly different than what he had thought.

“Jong Hyuk senior taught me a tremendous amount of things in acting. He’s the one that suggests to me first to rehearse scenes together and gives me a lot of advice,” said Lee Jong Hyun. “I thought he would be scary but he’s actually a mood-maker and is a warm and friendly hyung.” 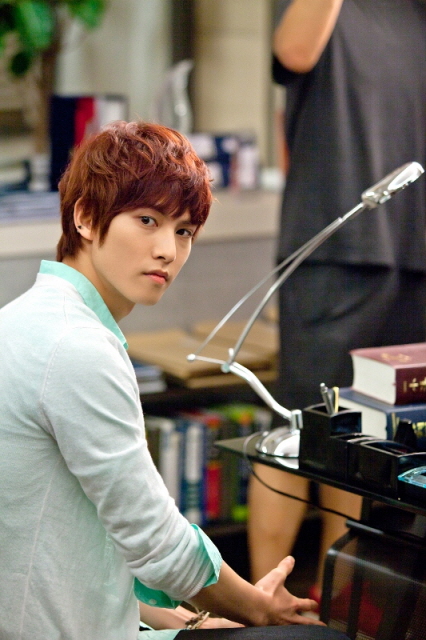 CN Blue debuted in 2010, and in just two years since then, it’s managed to become a band that can represent Korea in the world.

The Lee Jong Hyun that I had met just after the band had released its first album in January that year was a very quiet little boy. 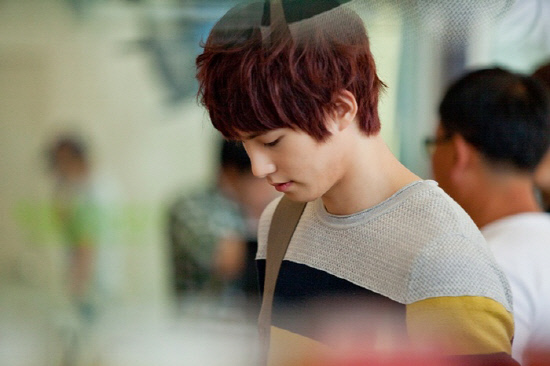 Most of the reason he was quiet was because he was trying to fix his Busan dialect to a Seoul one, of course, and the Lee Jong Hyun that I got to know after that was a pleasant and stereotypical guitarist with a hot temper. More than anything, he was stubborn and held a great conviction toward music. This was why his sudden digression toward the small screen felt all the more unfamiliar. 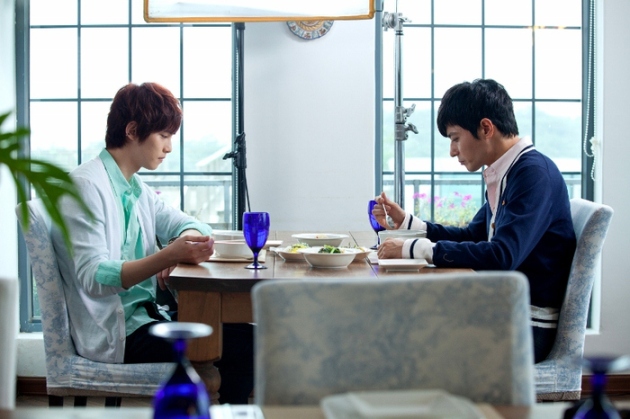 I met with the Lee Jong Hyun who had acted as Kim Do Jin’s (Jang Dong Gun) son Collin in the popular SBS drama, A Gentleman’s Dignity, for the first time in a long time. He said he didn’t get much sleep the night before because he had been with his cast for the A Gentleman’s Dignity after-party, but his smile still shone with the sweetness it always had.

“Before my appearance was confirmed, I felt awkward around the fact that I would be appearing in a drama, but my members gave me the courage to take up the challenge. I was hesitant thinking that I wouldn’t be very good [at acting], but they gave me the confidence to try it out. I’m very thankful toward them for that. If I didn’t take up the offer then, I would never have known what these emotions are or what acting is like. (Laugh)”

He used to be a musician who was somewhat hostile toward acting, but he changed completely after getting a taste of what acting is like.

He was changed, changed enough to say, “I shudder at what would’ve happened if I hadn’t taken up this piece out of hesitation.” 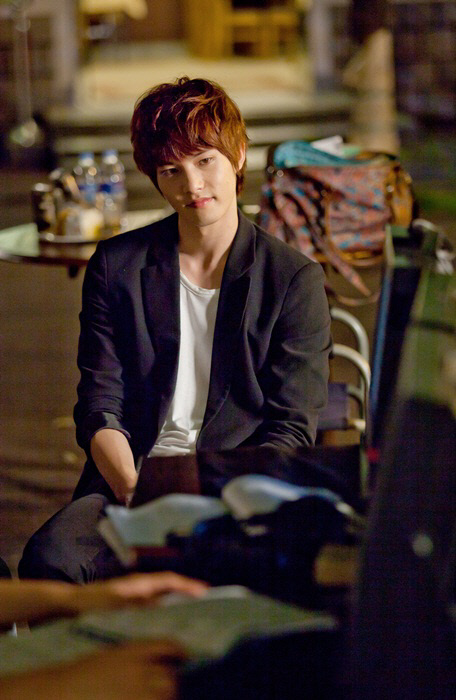 A Gentleman’s Dignity was that effective in showing Lee Jong Hyun what acting is like, and how overwhelming an experience learning something new can be.

Many singers act and sing at the same time, but it wasn’t easy for Lee Jong Hyun to strike up a deal with himself and try out something other than music. A Gentleman’s Dignity broke everything down for him. Now, Lee Jong Hyun is determined not only to stand onstage as a singer, but also to put together an impressive filmography as an actor.

“I feel that with A Gentleman’s Dignity I killed two birds with one stone. I was able to start off successfully as an actor because the drama was so popular, and I was also able to let a lot of people know that I’m originally a singer because my OST [for the drama] did so well. I am a member of CN Blue, but not many people could recognize who I was. In this sense, the year of 2012 will be an unforgettable year for me.”

Lee Jong Hyun added that his “meeting with A Gentleman’s Dignity was an unbelievable bit of luck,” and also that he was “thankful to be with such great people” for his first piece.

“I felt that I’m a very lucky person,” he said. 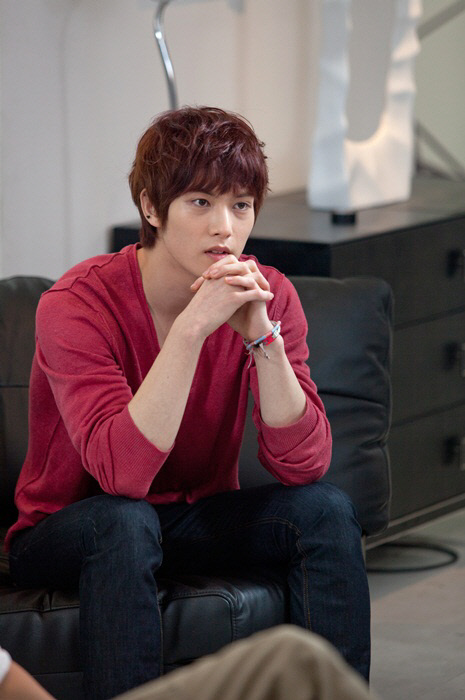 “I learned how important it is to be ready for challenges when I thought of what would’ve happened if I hadn’t been in A Gentleman’s Dignity,” he said.

He said that every moment, he’s hit with a new wave of happiness at this sudden stroke of luck. Now, he dreams not only of being an unforgettable singer, but also a colorful actor. He’s only 23 years old; this boy’s climb to a new world has just begun. 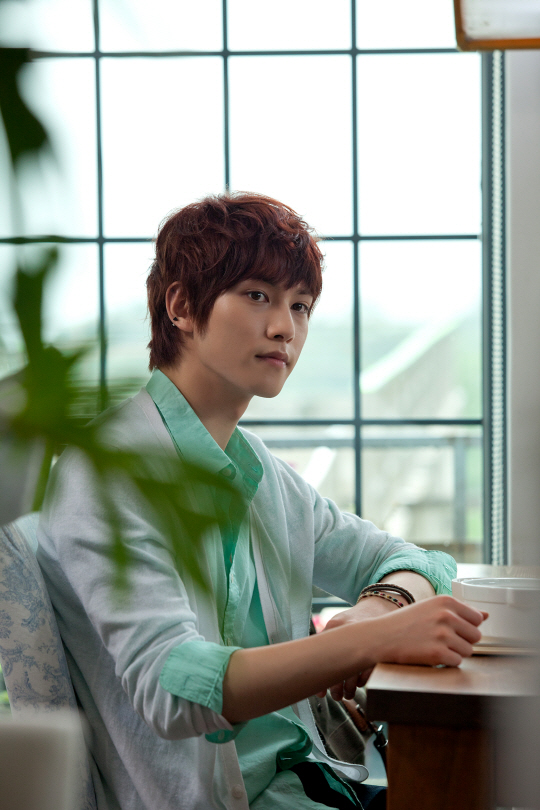